Opioids, Pain Killers and Other Substances 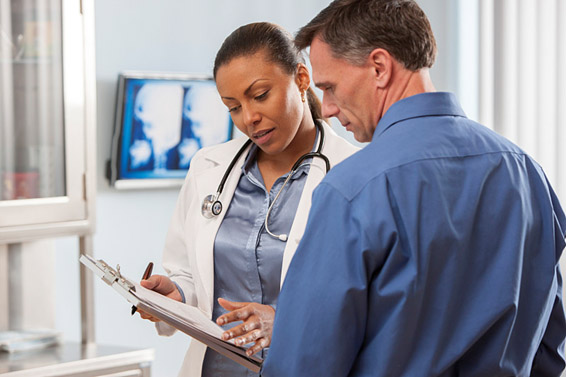 The use of opioids here in the United States has been met with a lot of controversy. In 2016, the U.S. Centers for Disease Control (CDC) stated there were 63,632 drug overdose deaths, of those, 42,249 involved the use of an opioid.

Non-steroidal anti-inflammatory drugs are also commonly used to treat both acute and chronic pain but they are also associated with significant adverse events. Common side effects include gastrointestinal problems such as stomach bleeding, and intestinal erosions, cardiovascular issues (strokes, heart attacks), and renal complications (kidney impairment/failure). On average, in the United States each year, approximately 100,000 people are hospitalized because of NSAID use and of these, there are 15,000 deaths reported.

Acetaminophen is a drug that is commonly used in the United States for aches, pain and fever. Although it can be easily obtained over the counter, acetaminophen-associated overdoses are responsible for approximately 50,000 emergency room visits and 25,000 hospitalizations each year. This drug is the leading cause of acute liver failure here in the U.S. and approximately 450 deaths occur each year with 100 of these being unintentional. Before 2011 the maximum daily dose of acetaminophen per Food and Drug Administration (FDA) guidelines was 4000 mg, it is now 3000 mg. The approximate lethal dose of acetaminophen is 10,000 mg per day. Thus, if one were to use more than 3 times the maximum daily dosage, this would result in a potential lethal dose.

The use of alcohol is very common in most parts of the world. In the United States, this socially acceptable substance has led to approximately 88,000 deaths and 2.5 million years of potential life lost per year from 2006 to 2010 as reported by the CDC. Excess alcohol use is associated with motor vehicle accidents, drowning, homicide, suicide, domestic violence, risky sexual behaviors, miscarriages and still births, heart disease, stroke and liver disease, cancer of the breast, mouth, throat, esophagus, colon and liver; mental health problems such as depression and anxiety, poor school and work performance.

Tobacco use, although common, also leads to significant disease and disability. More than 16 million Americans are living with a disease caused by the use of tobacco. There are 480,000 tobacco related deaths per year in the United States that includes 41,000 deaths resulting from second hand smoke exposure. In other words, approximately 1,300 people die each day due to tobacco. In 2016, 9.5 billion dollars was spent on advertising and promotion of tobacco products. This is associated with a total economic cost of more than 300 billion dollars per year.

The management of chronic pain is very complex. It depends not only upon the disease process or injury but also the underlying psychosocial and economic factors that prevail. Currently, opioids are often used for the management of chronic pain. For the most part, no other drug is as powerful as an opioid for the treatment of acute or chronic musculoskeletal pain. Although opioids are efficacious in managing different types of pain, they are not without significant side effects, including sedation, fatigue, itching, constipation; potential for abuse, respiratory depression and death.

The toxicity of opioids are governed not only by its dose or rate of dose escalation, but also by the concomitant use of alcohol, and sedative drugs, such as carisoprodol and benzodiazepines (diazepam and alprazolam, etc.). Another consideration is a person’s underlying pharmacogenetics, which dictates how quickly a drug is metabolized by the body.

Different sources quote different figures but generally speaking, abuse and addiction rates of opioid medication in a chronic pain population is approximately 20 to 25 percent, with many of these patients having a personal or family history of mental health disorders, sexual abuse, post traumatic stress disorder and alcohol and tobacco misuse.

Practically every drug or recreational substance can lead to significant morbidity and mortality if used in excess and not in accordance with a doctor’s advice.

The responsibility of proper use of a drug, chemical or substance lies upon compliance and the sincerity and good intention of the user.

If you are experiencing chronic pain, consult with a specialist physician. Fiaz Jaleel, M.D, with Personalized Medicine Consultants in Jacksonville, is an expert on rehabilitation, pain management and anti-aging techniques. Personalized Medicine Consultants’ mission is to promote longevity and enhance healthier living by providing tools and strategies to prevent age related disorders that help improve metabolic and psychosocial function. Visit their website at personalizedmedmd.com or call 904-744-7474 to set up an appointment.
Top